July 17, 2019 Comments Off on How Does Animals React to the Tune? Music Arts Floyd Lyla

People enjoyed and loved listening to music a lot. Doesn’t matter whatever music genre it is as long as it soothes our mood, we tend to react on it. Moreover, music has some healing effect to the listener. However, with our animal counterpart, their response to the tunes are diversely different from the way we do.

Apparently, there are several kinds of animals species existing in our planet. And because of this, their response to music is also unique. Studies and scientific research found out the way on how some animals react to the sounds around them. This sound is either created by humans or by animals themselves.

Listening to classical music reduces the stress of dogs in kennels

It was found out in a 2012 study conducted by the researchers of Colorado State University that dogs inside the kennel slept most of the time when they play classical music. This means that the music of that kind aids for relaxation. They also played heavy metal and alternating classical music to monitor the dogs’ behavior and activity. The dogs were also observed during the times when music has not been played at all.

However, responding to metal genre, the dogs elicited different response. It was observed that body shaking was increased during this time. This behavior indicates nervousness for dogs. As a similarity with human responses, the dogs and humans tend to react the same way to classical music.

With human studies, classical music can induce sleep, enhance mood, and lower down the levels of stress and anxiety. These are consistent response of humans.

Milk production of cows increases when they listen to relaxing music

For nine weeks of listening to the combination of fast and slow music, researchers found out that calming music supports the cows to produce additional 3 percent of milk per day. These music are “Bridge Over Troubled Water”, “Everybody Hurts”, and “Pastoral Symphony” by Beethoven. 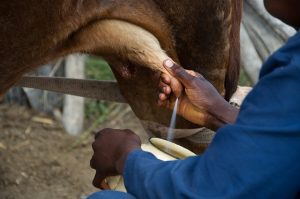 Elephants have better ability to play music compared to humans

Aside from their ability to paint using their trunk, which can be interesting subject to capture through solar trail camera, elephants seem to be in love with music too. In fact, in Northern Thailand, there is a group of elephants which play specially made instruments such as steel drums and harmonicas. This is known as the Thai Elephant Orchestra. Elephant members of the group found out that they have the ability to maintain a stable tempo using a large drum compared to humans.