May 24, 2017 Comments Off on Why Music make us groove? Music Arts Jill Laney 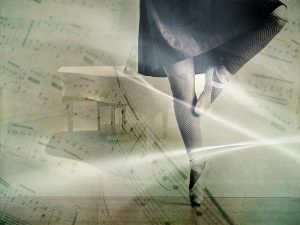 Just like light waves emitted from a led desk lamp, sound is also waves of pressure transmitted through air, water, or solid materials. Music is the same vibrations, only arranged in very specific patterns. Barking dogs, jackhammers and symphony orchestras are all also the same vibrations.

So why does music make us feel so many feelings?

Music has always touched something in us, whether it is to relieve tension and relax the mind, or make us emotional over a sad piano piece.

According to Steven Pinker, compared to language and vision, “music could vanish from our species and the rest of our lifestyle would be virtually unchanged.” But it hasn’t vanished…so what gives? There must be some evolutionary advantage to having music, right? Instead, he calls music “auditory cheesecake”.

What he means is we didn’t evolve to love cheesecake, specifically. Instead, our hungry ancestors learned to go nuts for anything sweet or high calorie. So cheesecake is nice, but it didn’t drive our evolution. Music, he says, is more like a side effect of things like language, and sensing our surroundings and responding to sounds like crying or growling. But not everyone agrees with the cheesecake idea. So let’s move on to another theory.

Why Music Move Us?

Music stimulates just about every region of our brain, even the reward pathways that crave things like drugs. Nobody has to teach babies to dance to a beat, they just do it. I bet nobody taught you what music sounds happy or sad. You just…know.

Some neuroscientists think that music shares the same fingerprints as human movement. Think about the last time you find yourself tapping your foot to your favorite song or walking along to the beat on your headphone, that is music and movement together. So, our ancestors gained an evolutionary advantages over other species because they were so social. Nothing binds people together like music do.

But where do we get emotion from simple vibrations?

Thalia Wheatley, a scientist from Dartmouth College, did a very cool experiment that suggests we may sense emotions in music the same way we sense emotions in human movement. She gave people simple controls that would create either melodies or animations of a bouncing ball. Half of them used the controls to create a melody. Other people got the very same controls, only instead of controlling music they controlled the bouncing ball.

Emotion in music and movement seem to use the same patterns.

This may just be the tip of the iceberg when it comes to figuring out why music can create so many feelings, but it shows that motion and music go together beyond just dance moves. Just like we can sense sadness by watching someone walk and we know a happy dance when we see it, music seems to move us because we move. Our connection to music overlaps with movement because we’re running different programs using the same hardware, and those programs are part of what makes it so great to be human.